Treat Yourself To A Universe Of New German Foods

Online subscription boxes have added a lot of joy to the everyday lives of people. How often does the average person think to treat themselves to certain luxurious just because they can? Not often. For example, the average person might rush out and get fast food if they have a particular food craving, but they wouldn't wake up one day and think to themselves that they've been depriving themselves of tasty German food for most of their lives.


German Food Box is one of those little things in life that can really mean a lot, especially if you're having an off day and need to be reminded that life still has plenty of good things in it. The subscription service was started by a German guy who moved to Florida and discovered - to his horror - that finding quality German foods in America can be challenging if not downright impossible. His revelation was that he could fix that problem by crafting a subscription service devoted entirely to sharing high quality and highly delicious German food with his fellow man. His labor of love came to fruition and was dubbed German Food Box.

Michael's German Food Box features 6-8 selections of the finest German foods in the world today. Even popular German foods in America are often difficult to find, and when you do find them, those foods are often American-made, not German brands. If you want authentic German food that's high quality and representative of many different food types, German Food Box is an ideal solution. It's also easy to order and incredibly fun to receive once a month. 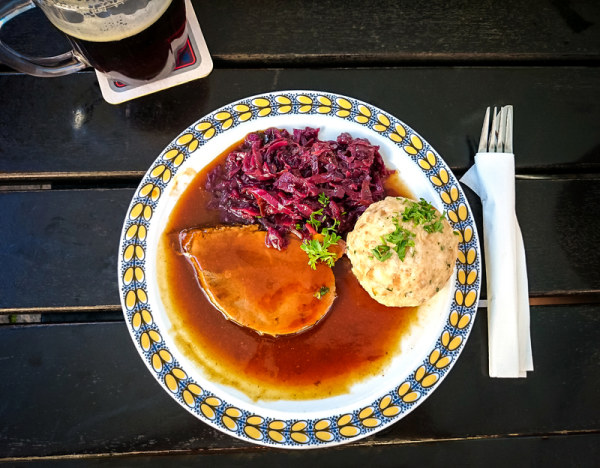 If you think of all the German foods you've had in your life, it might be surprising to discover that Americans generally don't have a good grasp of just how diverse German cuisine really is. For example, popular German foods here include:


That brief list of three German foods is tragically short. That's because thus far America's version of German food hasn't been all that expansive. Folks think of bratwurst and egg noodles, and then their minds go blank because of the low visibility of German food here in this country. And that's exactly the problem that Michael had when he moved to Florida and became very lonely for his native delicacies. German Food Box is a terrific way of exploring the authentic foods of Germany, the ones you've been missing out on your entire life.

Explore a New World of Food

Thanks to German Food Box, you won't have to miss out on the authentic German food of the world anymore. You're going to get a delightful array of foods from Germany every month, each representing a different part of the menu. For example, if you have a sweet tooth, it might be time to have a Kartoffelpuffer (potato pancake). Sauerbraten is a lovely German roast beef stew, made with spices true to the way German folks make it. Have a sweet tooth? Stollen is a pleasing fruit bread that Germans have enjoyed for much longer than German Food Box has existed, but now you can get in on all the good stuff, too. There's so much you've been missing out on.


The simplicity of this subscription service is its main strength. You don't have to research on the Internet and find out all of the greatest German foods to try; there's no need to go grocery shopping, either. The dedicated people who curate these boxes do all of your homework for you and make sure that you get only quality German foods delivered direct to your door. Another nice touch of German Food Box is the actual box that it arrives in. It's a lovely decorated box that captures the true spirit of German food, all of its goodness shared with you right to your door.

Once a month, a box of delicious German food will arrive to you. It comes in a festively and tastefully decorative box that includes 6-8 of your staple German foods and a collection of recipe cards that share even more tasty German delights with you. It's one of the little things in your life that might not seem like much when you order it, but when you realize that you're expanding your horizons and trying new foods every month, it's like a little surprise for yourself that you forget until the next one arrives.


How often do you take the time to really treat yourself? If the answer is, "Not often," then it's time to change that. German Food Box is a great way to give yourself something to look forward to each month, and it's an even better way to get your hands on some of the finest foods in the world. Without even having to leave your house, the best of German cuisine will be delivered right to your door. Opening the box will be a celebration each and every month. It's a little thing, but it means a lot, and you've earned the right to give yourself something good.


Give the Gift of German Food


If you've already subscribed to German Food Box, or you don't believe it's for you, then that's okay. Maybe there's someone special in your life who would appreciate a surprise box of German food every month. German Food Box offers three different types of gift subscriptions: 3 month, 6 month, or 12 month subscriptions. If you have a foodie in your life, this makes the perfect gift for them. Every month for 3, 6, or 12 months, they'll have something that not only reminds them of great German food, but it will also remind them they they have a person like you that cares about them.


Whether you're treating yourself or someone special to German Food Box, it's far and away one of the best new subscription boxes out there. Unlike other types of international fare, German food is all too often overlooked. Forget the pizzas and pastas for awhile and appreciate the rich history of popular German foods in America. You can order your first month of German Food Box in a mere few minutes, and if you like the service, you don't have to do a thing. You'll receive a brand new box of German food each and every month. Now, that's something to really look forward to and celebrate.