It can be a thrill to travel to a foreign nation and return back home with a suitcase full of your exotic offerings. It can be particularly exciting to show all of your friends and family members the amazing treasures you found when you were abroad. The reality is, though, that it's not always realistic to be able to travel to different nations as a means of securing certain things. It's not always affordable to do so, either. If you're frustrated due to not being able to land all of your favorite products from Germany, you don't have to throw a tantrum. That's because German Food Box is a trustworthy website that's accessible to accommodate any and all of your German product requirements. German Food Box is a Rotonda West, Florida website that's exactly what it seems to be. It offers monthly subscription boxes that are optimal for all of the German food enthusiasts out there.

The United States has strong ties to Germany. That's because there are so many American citizens who have ancestors who started out in the nation. Countless Americans grew up eating foods that came from Germany. Countless Americans grew up eating foods that were inspired by the country as well. If you're someone who loves the "meat and potatoes" lifestyle, then there's a big chance that you appreciate the ins and outs of the German culinary scene. You don't have to spend hours and hours in the kitchen obsessing over recipes to prove your adoration of food from Europe, however. That's because you can always quickly and easily become a German Food Box subscriber.

The Ins and Outs of Monthly German Food Box Subscriptions

German Food Box strives to make things as easy as pie for all customers. If you want access to between six and eight monthly German delights, then you need to get a subscription. It only takes a few minutes or so for people to sign up for their subscriptions. If you sign up, you need to provide basic details. It's critical to specify the number of boxes you want each month. It's crucial to give the company your shipping address, available coupon codes, billing address and billing details. Once you finish doing so and secure payment, you can move on without issue. The rest of the work is in the hands of the German Food Box team after that. You can simply wait around for the subscription box to emerge on your doorstep.

These subscription boxes are far from unmethodical. The German Food Box team makes a point to pick the greatest food items from Germany. They make a point to leave out anything that doesn't highlight the best and solely the best. These boxes perpetually change. That's why subscribers are unable to anticipate which exact items they'll get next. That's part of what keeps subscribers coming back for more and more. It's energizing to wonder about the mystery offerings that may be on the horizon.


German Food Box is a business that wants its customers to feel liberated and at ease. That's why customers have the ability to cease getting these boxes at any time. If you want to do away with your subscription, you can easily and rapidly do so without any limitations at all. It isn't unheard of for people to temporarily discontinue their subscriptions, either. People tend to do this when they're on trips and therefore not able to get anything in the mail. If you're planning an elaborate trip somewhere distant, then you may want to stop getting your subscription box for several months at a time.


People who cherish German foods often are big on meats of all varieties. Members of the general public frequently link Germany to sausages of all sorts. If you like bratwurst, then these subscription boxes may be able to make you grin. If you like Weisswurst, then they may be able to make you grin just as widely. Bratwurst is optimal for people who have cravings for meat. If you're in the mood to relish classic beef, then this sausage may be right up your alley. If you're in the mood to relish pork or perhaps even veal, the same situation applies. It's okay if bratwurst isn't the sole sausage classification that's on your radar, too. That's because German Food Box subscriptions in many cases feature the aforementioned Weisswurst. These Bavarian sausages are optimal for people who crave spices of all sorts. They're just as optimal for people who can't back away from herbs of all kinds. If you want to dine on minced calf, then Weisswurst may be the ideal German food option for you to consider. Make sure to use the appropriate condiment as well. The Germans like to chow down on Weisswurst alongside delectably sweet mustard. 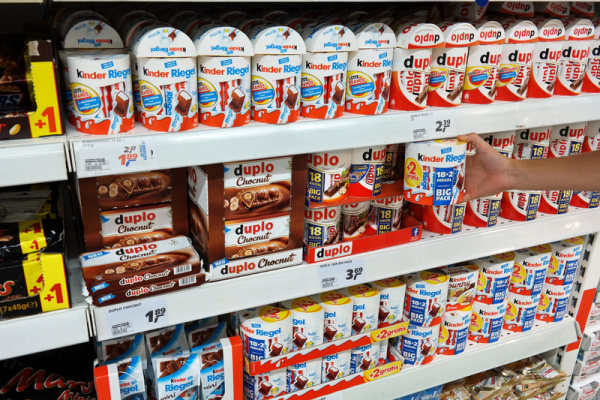 Pasta dishes are a huge thing the world over. People on all different continents consume it with zeal. Spaetzle is a German powerhouse in the pasta sector, and with strong reasoning. It's not just similar to pasta, though. That's because spaetzle egg noodles also have a lot in common with dumplings. They have smooth textures can can be incredible for people who want to eat a lot. If you feel so hungry that you could eat a horse, then the sight of spaetzle in your monthly subscription box may make you feel like you're going to burst with enthuasism and excitement.


Bread is one of the planet's most cherished food items, plain and simple. If you subscribe to German Food Box, you can in many cases get mixed wheat bread. The Germans refer to this kind of bread as being weizenmischbrot. It's a suitable food option for people who are fond of sturdy crusts. It's just as solid a food option for people who like to eat rye flower. Baked goods lovers are often big mixed wheat bread devotees.


If you prefer bread that's sweet, then stollen may be the greatest choice on hand to you. This is a fruit bread that's appropriate for the dessert aficionados of the planet. It's a power player among icing sugar enthusiasts. It's also a power player among folks who love dried fruit. If you want to treat yourself to powdered sugar and to an incredible dessert journey overall, you'll rejoice at the sight of stollen in one of your German Food Box monthly subscriptions.

Potatoes couldn't taste better. That's one of the reasons they're so ubiquitous all throughout Germany. If you're fortunate, then you may see German potato fritters inside of your subscription box. The positive news is that "kartoffelpoffer" potato fritters are frequently spotted inside of these exhaustive boxes. If you want to feel terrific and like the portrait of vitality, chowing down on "Reibekuchen" may be the answer you need. People all around Germany are big on potato fritters. They sometimes put them next to apple sauce sides on their plates.


Dessert lovers have no reason to steer clear of German Food Box and its monthly delights. "Schaumkuesse" is one of the most popular German dessert choices out there right now. It involves an irresistible blend of wafer, marshmallow and chocolate. That's why it's no surprise that it's so difficult for people to resist. People who appreciate eggwhite foam are often big on schaumkuesse. These sweet snacks are practically impossible for foodies to put down for long.


"Schwarzwaelder Kirschtorte" is a giant in the realm of cherished German products. People constantly talk about just how tasty Black Forest geteau or cake is. If you want to treat yourself to the most satisfying German sweets possible, then these monthly subscription boxes may be able to get you going in a sensible direction. These cakes are terrific for cherry lovers. They're just as terrific for whipped cream lovers. If you respect sponge cake, high-end chocolate and superior tastes in general, then you won't be able to say no to Black Forest gateau inside of your striking subscription box.