Purchasing Food Items From Germany on the Internet


German cuisine is a big thing all around the planet. People everywhere go wild for tasty dishes such as beef rolls, currywurst, bratwurst, roast beef stew, sauerkraut, egg noodles and potato dumplings. If you have a strong appetite for foods that come from scenic Germany, then you're certainly not alone. Although foods from Germany are often irresistible and nourishing, finding them isn't always simple for folks who reside in distant nations such as the United States. That's the reason that German Food Box in bright and laid-back Rotonda West, Florida is accessible. German Food Box is a trusted online retailer that's known for German food subscription boxes that are top of the line in caliber.

How exactly does German Food Box operate? The premise is actually pretty simple and basic. The first step is to sign up to receive monthly boxes that consist of all kinds of German goodies. The German Food Box team sends them to your residence. Once you get them, you can sample between six and eight genuine German items. The items that appear in these visually appealing boxes are never the same. These boxes feature more than just the food items themselves as well. If you subscribe, you can get your hands on classic recipes of all kinds from Germany. If you want to prepare yummy spaetzle, these recipes may come in handy for you. If you want to throw together an incredible bratwurst meal, the same thing applies.


Freedom is the name of the game at German Food Box, too. That's why subscribers are able to end their monthly subscriptions any time they wish, no strings attached. That's also why they're able to temporarily stop them as well. If you're going to be away on a faraway vacation for a while, then you can request that the German Food Box team cease sending you monthly boxes until you tell them to do so again.

Plentiful Choices in Scrumptious German Foods for You


Pleasant surprises are always a welcome thing in this lifetime. That's the reason that so many people opt to subscribe to German Food Box. These thrilling boxes include all sorts of items in Germany that are difficult to locate and purchase elsewhere. If you're enamored by soft egg noodles, you may get spaetzle in your box. What exactly is spaetzle? These noodles are a lot like dumplings. They're somewhat reminiscent of Italian pasta as well. They're ideal for people who want to eat like royalty. They're ideal for people who have big appetites, too.


People all over the planet associate Germany with meat products of all varieties. That's the reason the European nation is a haven for folks who do not want to feel famished in any sense. People link Germany to appetizing bratwurst. This is a kind of sausage. It's optimal for those who adore meats like beef, veal and even pork. If you're a meat fan, then you may receive a German Food Box that has bratwurst waiting for your eager taste buds.


Meat lovers can also wait for Weisswurst. Weisswurst is an indisputably big deal in Munich. What exactly is this delicacy? It includes minced calf, first of all. It includes a vast array of spices and herbs. If you want to fall in love with the flavors of Germany, then this meat option may accommodate you well. People tend to eat it in the company of sweet mustard. It makes a toasty offering for people who adore substantial foods. If you're looking for a suitable German meal for the brutally cold winter months, you may want to center things around Weisswurst.


Germany has a reputation for being a sanctuary for yet another major food. That food is the classic potato. If you want to take full advantage of Germany's amazing potato sense, then a German Food Box subscription is precisely what the doctor ordered. If you want to dine on potato fritters that are undeniably German, then these boxes can serve you well. "Kartoffelpuffer" isn't a joke in Germany. It shows up during all kinds of meals. "Reibekuchen" is a big thing in communities scattered all over the nation. If you want to pair it with something classic yet interesting, apple sauce may be the way to go for you. 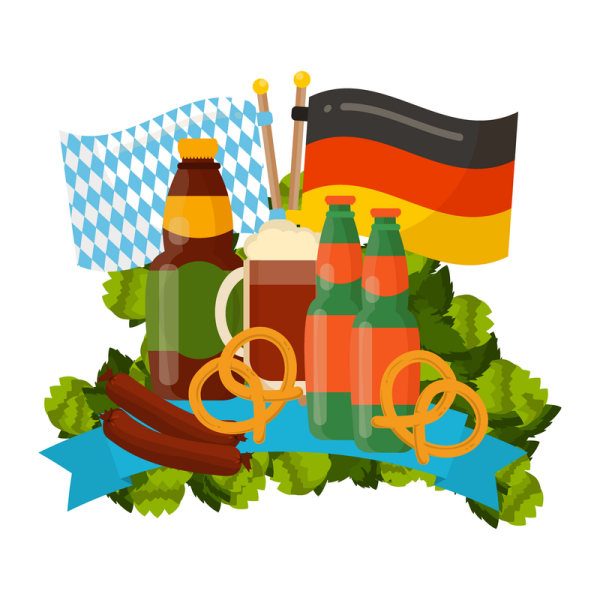 Germany is a haven for the planet's most serious bread fans. If you have a penchant for carbohydrates, then you may want to sign up for German Food Box. That's because it's not unheard of for mixed wheat bread or "weizenmischbrot" to show up in these boxes. This bread can be a marvelous culinary offering for people who like everything from robust crusts to rye flour. It complements all kinds of German foods, too. If you want to eat something in conjunction with sausage, then mixed wheat bread may work out well for you.


Savory bread isn't the only option at German Food Box. If you're fond of bread that's on the sweeter side, then you'll appreciate the universe of stollen. Stollen is a timeless fruit bread that's been dazzling taste buds in Germany for eons. The fruit that's inside of this bread is dried and therefore is optimal for people who go nuts for sweets. The addition of powdered sugar tends to take stollen to the next tier. If you're a sweet bread devotee, then you should complete your German Food Box subscription without any reluctance at all.


The sweet things in life are some of the best things. That's why German honey is such a focal point for the German Food Box crew. "Deutscher Honig" is a honey that originates with bees. It's golden and therefore is associated with strong aesthetic appeal. It's natural, transparent and bright as can be. If you want to add a touch of sweetness to any of your favorite German dishes, this kind of honey definitely won't let you down.

"Schwarzwaelder Kirschtorte" is an enduring German dessert that's been making people smile everywhere for ages and ages. It's often referred to as "Black Forest gateau" or "Black Forest cake." If you want to revel in cherries, luxurious whipped cream and even sponge cake, this German gem will surely make you feel like a million dollars. It's a favorite among people of all different age classifications. Children often cannot say no to it.


Marshmallows are fantastic. Chocolate is just as fantastic. What takes place when you put the two things together? You get schaumkusse. Our subscribers often wax poetic about these marshmallow desserts. That's because things don't get much better than marshmallow and chocolate working together as a harmonious team. Bringing a wafer to the equation doesn't hurt matters, either. If you're someone who adores eggwhite foam, crispy textures and decadent cocoa, then you need to get a German Food Box subscription A.S.A.P. You don't want to risk missing out on this dessert wonder.


The German Food Box team is never thoughtless or slapdash. If you get a subscription with the company, you never have to expect any German items that are anything short of extraordinary.


Although these subscription gift boxes are all-encompassing in scope, they're nowhere near outrageous in price. People can secure these boxes for merely $39 monthly. After they feast on all of the things that are part of the box, they can start scanning the recipes they get as well. If you want to excel in bona fide German food preparation methods, then these recipes can help get you moving in the correct direction. Learning how to cook like a German no longer has to seem like a bewildering mystery.


Who exactly runs the show at German Food Box? It's the inimitable Michael Pirro. Pirro is a German individual who presently lives in the United States in warm and welcoming Florida. He resides with Eva, his wife. What made Pirro want to make German Food Box a hit? He grasps that many Americans are big on German foods. He also grasps that it can be difficult for many Americans to acquire them. The United States has plentiful German eateries. There are many people, however, who are nowhere near them and because of that are unable to eat "real" German foods as they wish. Pirro is so keen on German food that he adores nothing more than aiding others who want to secure it for all sorts of applications.


People can subscribe to German Food Box for their own purposes. They can also subscribe to it for the others in their lives. German Food Box "gift" options aren't uncommon at all. If you want to enchant a friend or a family member with the magnificence of German food products, then you won't be able to turn away from these subscription boxes. These boxes can thrill individuals regardless of their exact taste preferences. They can be pleasures for people who are enthralled by savory German food items. They can be pleasures for those who are captivated by sweeter food items from Germany as well.